I’m still on your Netflix
Girl, I know you love me
Even though your parents
They don’t fu***** trust me
They probably alright though
I know I’m an asshole
No reply to all your texts girl I do you mad cold

Like you’re just
Dying to drive but you can’t find the keys, now
Looking for God but you’re down on your knees, I’m
All that you want but not what you need girl why

All your friends tell you they hate me
God I’m f***kin’ shady
Couple weeks ago they were inside my sheets naked
Club, so you can Snapchat
T***ies out to snap that
I know that you do that shit just hoping for a snapback

Like you’re just
Dying to drive but you can’t find the keys, now
Looking for God but you’re down on your knees, I’m
All that you want but not what you need girl why

Why do you need me when you know you don’t need me?
It’s tearing you apart
I leave you broken and shaken
And you still call me baby 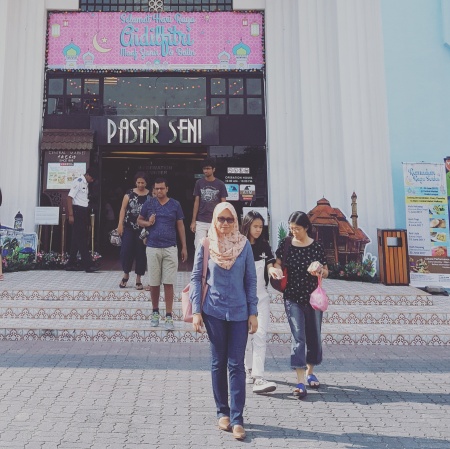 osted this photo on Instagram just now and realized I had so much to share about this place. Central Market, or CM – I think the first place I went for a date in KL? It’s 17 years ago with my then bf. (Hope he is well, anywhere he is). He waited for me at the Bangkok Bank – and walked with me to CM and later I think we went to KLCC  using Putra LRT. I was on the break from college, I had matrix in Penang. Memories!

I think we broke up via phone – it happened when I was out with some friends, when I was also there at CM. (Irony). He called me that day. I really feel like I wanted to forget the reasons why I ignored him, but I can’t. I am suck at forgetting unimportant and trivial things like these. I remember his question “so, this is it?” I was like, “yeah if you put it like that” And we were off. That was in 2002. I think I did take him for granted. (Hope he’s happy now).

I had a friend who told me he used to just sit at CM and watch people. Those were the days when he didn’t know what to do, some were hard times when life was a bit sad.

But anyways, it’s quite sad to be there yesterday, I hope CM won’t lost its charms! I looked at things and thought that I could get this anywhere else, at cheaper price. I didn’t know what to say, just kept it in mind. Maybe because I had a chance to travel around so those things looked usual to me, but maybe for the first timer out to KL, those things would be a real find!

I am a work in progress

The (mis)adventures of me coping with mommyhood and life..

bookooville.wordpress.com/
a wife, a mom and a student~

I'll write down whenever I wish to, about anything, about everything and about nothing, because life is not always at the top!

I do photography as much as life allows......